At roughly 34,000 residents, Sun Prairie, Wisconsin, is the largest of Madison’s suburbs.  In fact, the city’s size and amenities make it a good-sized city with a lot of appeal all on its own.  But when you consider its prime location just northeast of the capital city, well, there’s even more to like about Sun Prairie.

An online distance app lists Sun Prairie’s official distance from Madison as being 14 miles (or a 21 minute drive).  But it may depend on where you’re going.  Madison’s east side has expanded so much over the last decade, that the distance between the last Madison exit and the first Sun Prairie one is actually much shorter.

So, for house hunters looking for a great place outside of the Big City, where they can raise a family in a medium-sized city with all the amenities of a large one, Sun Prairie would surely fit the bill.

According to the Wisconsin Historical Society, Sun Prairie got its name long before the city ever existed.  Just as a group of 45 men, led by A.A.  Bird reached the area in 1837 — after walking nine days from Milwaukee in the rain — they saw the sun coming up over the horizon.  It’s no surprise that the happy pioneers christened the spot “Sun Prairie,” right on the spot, carving the name into a tree.  The name stuck and when the village was founded nine years later, the name was a natural choice.

Although Bird and his men were actually heading to Madison to build a capitol for the Territory of Wisconsin at the request of President Martin Van Buren, the beautiful land that became Sun Prairie clearly struck a chord with the men.  Two years later, Bird’s son, Charles returned and became Sun Prairie’s first settler.  The village became incorporated in 1868 and was later incorporated as a city of 4,000 residents ninety years later in 1958.

But Sun Prairie isn’t just about the founding fathers.  It’s also the birthplace of artist Georgia O’Keefe, who was born on a Sun Prairie farm in 1887.  She may be most widely known for her close-up paintings of flowers painted while living in America’s southwest, but her roots are in Sun Prairie.

And now?  Sun Prairie has come a long way since those early days and is still growing fast.  Located at the intersection of Hwy. 151 and I39/90/94, you can get anywhere easily from here.  Traveling by plane?  Sun Prairie is just 10 minutes from the Dane County Regional Airport.

There is still a lot of parkland to be found here, but visitors also come to shop in Sun Prairie’s historic downtown, to enjoy a meal at one of the many restaurants cropping up, and for a day of fun and sun at the Sun Prairie Family Aquatic Center.

With a favorable cost of living and a growing economy, Sun Prairie is attracting new residents every day.  The divide between males and females is close to even, with 48% men and 52% women.  The median age here is just under 35, four years younger than Wisconsin’s median overall.  And the median household income in 2016 was just over $71,000 (up from $52,000 in 2000).

This growing community is considered business-friendly, family-friendly and welcoming to all who visit.  So stop by for the annual Sun Prairie Sweet Corn Festival in August and take a look around.  You just might want to stay!

█ The Neighborhoods of Sun Prairie

If you’re looking for a home that’s close to all the amenities of Madison, but offers the close-knit feel of a smaller city, look no further than Sun Prairie.  Just a short drive northeast of Madison, this is a community that has grown a lot over the years.  There are plenty of great neighborhoods in Sun Prairie — you’re sure to find one that’s right for you.

Settled way back in 1868, there are a great deal of older homes that appeal to fans of historical architecture — when quality was king in terms of materials and craftsmanship.  These homes are also popular with do-it-yourselfers looking for the challenge and value of a good fixer-upper — because even a quality home needs a little TLC after 150 years!

Looking for something a little more modern — or something turnkey ready?  Check out one of the city’s newer neighborhoods, such as those featured in a recent Madison Area Builder’s Association Parade of Homes, including the 2019 Happy Valley Addition to Bristol Gardens and Windsor Gardens.

Here’s a list of other Sun Prairie neighborhoods.  Ask your realtor for more information — about specific neighborhoods of interest.  They can fill you in on location, home values, schools, the neighborhood “feel” — and much more.

Wherever you may choose to live, Sun Prairie Schools are highly rated.  And there are plenty of things to do right in your own backyard.  You’ll find more than 400 acres of parkland here, including 33 neighborhood parks, 8 community parks, and 2 special use areas (home to Sun Prairie’s Family Aquatic Center and a Pet Exercise Area).  And of course there are many local restaurants and shops to both entertain and meet the everyday needs of residents, visitors, and tourists alike.

So, take a look around.  Chat with the residents and business owners. We think you’ll feel at home here. 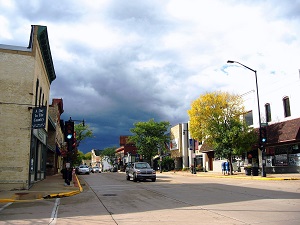 Sun Prairie, Wisconsin.  You may know it for its annual Sweet Corn Festival — now in its 66th year!  Or maybe you’ve seen Jimmy the Groundhog appear on TV for more than 50 years to declare an early spring (or not) in Wisconsin.  You might have enjoyed a meal at one of the city’s local favorites.  Or heard about the 2018 gas explosion that rocked Sun Prairie — from the residents to the first-responders.

Sun Prairie is all of these things — and more.  It’s always been a strong and welcoming community.  Since the first settlers put down roots in 1858, the residents have pulled together to create a sense of community support — one which welcomes newcomers and visitors alike.

The city has grown over the years — with new shops and restaurants cropping up in Sun Prairie, and branches of Madison eateries expanding in this area. Instead of growing stagnant, the city has grown up and outward.

These new businesses attract people from all over the area, and that’s the way the residents like it.  Sun Prairie was the first Madison “suburb” to build a public swimming pool with a water park — immediately drawing attention from families wanting to take part in the fun.

The Sun Prairie Public Library has grown from its collection of 208 books in 1901 to more than 100,000 books today.  The Sun Prairie Area School District is highly ranked.  And the city has more than 400 acres of parkland spread over its 43 parks!

The Marcus Palace Cinema is one of the newest and most popular movie theaters in the area, with its 14 auditoriums, dream lounger seating, and three “restaurants,” in addition to the traditional concession stand.

Groundhog Day, a tradition here since 1948, lays stake to Sun Prairie’s claim to be “The Groundhog Capital of the World,” although other cities (most notably Punxsutawney, PA) have begged to differ.  Legend has it that if the groundhog sees his shadow when the sun comes up “on the prairie” there will be 6 more weeks of winter.  That of course, makes Sun Prairie an obvious choice for the honor.

After humble beginnings, the local 4-H Club got involved and brought live groundhogs into the picture, attracting residents, politicians, and media from all over the country — waiting with bated breath to see if there would soon be an end to winter.  The original groundhog was dubbed Prince Dauphine, but the critter later became known by the folksier name of Jimmy in the celebration’s folklore.  As you can imagine, there have been several Jimmies over the years. In 2015, Mayor Jon Freund was bitten on the ear by an excited Jimmy.  The mishap went viral — putting the spotlight squarely on Sun Prairie.  Needless to say, the mayor no longer leans in to hear the groundhog’s prediction up close and personal.

But mixed in with the many amenities and fun festivities that Sun Prairie has to offer, the community has also experienced sorrow and devastation — due to a massive gas explosion that rocked the community in 2018.  Many people were left without out a home, several businesses were damaged or destroyed, and first-responders lost one of their own when a firefighter was killed in the blast and several others were injured.

It’s no surprise that the people of Sun Prairie came together.  They found temporary housing for the displaced — and funding was set up to help the victims and get businesses back up and running as soon as possible.  More than 400 people showed up to pay their respects to the family of the firefighter who lost his life in the line of duty.

The response to the destruction became a call to action in Sun Prairie — a bonding of community members and support from people all over the country.  Instead of giving up, the city came together to forge a city and a spirit that’s even stronger than before.  Sun Prairie Strong.