█ Getting to Know … New Glarus

What’s the first thing that comes to mind when we say, “New Glarus?”  If you say “beer,” you’re not alone.  But you might be surprised to learn that there’s much more to New Glarus than the well-known beer and the brewery that bears the name.  Even teetotalers and wine-drinkers will feel right at home in this little town known as “Little Switzerland.” 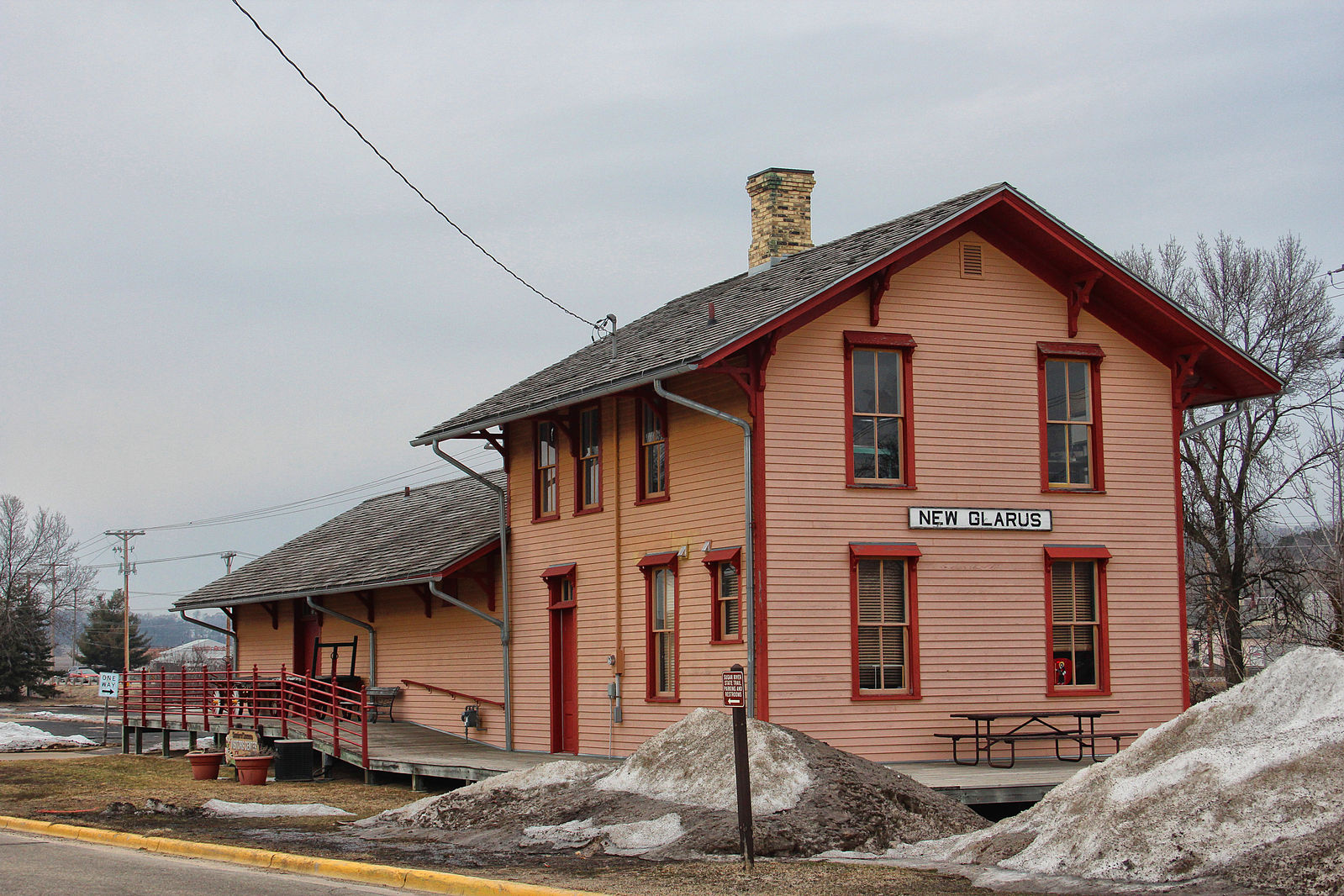 As the original colony began to grow, it was incorporated into a village in 1901. But over those 175 years, it hasn’t lost that Swiss charm.  Nestled amidst the rolling farmlands of beautiful southern Wisconsin, residents and visitors alike can’t help but notice the many examples of Alpine architecture — and take part and pride in the local ethnic festivals and Swiss delicacies.  Swiss chalets and flowerboxes overflowing with red geraniums are a common sight here.  Not surprisingly, New Glarus is the most well-known Swiss settlement in the United States.

You certainly won’t go hungry in New Glarus.  Start your day with a visit to the New Glarus Bakery, where both Swiss and American pastries are in abundance.  Founded in 1910, the bakery has a long tradition of experience and well, traditions, behind it.  From Swiss breads and specialty pastries such as almond horns to Bratelic and Basle Leckerli cookies to homemade dog treats, you’re sure to find something you like.

Ranked #1 among New Glarus restaurants by TripAdvisor, Garner Stube is known for its American-Swiss-European Pub fare.  This cozy restaurant with a Swiss influence, serves a variety of food, with an influence on, what else?, cheese.

The New Glarus Hotel Restaurant is another popular dining destination — offering diners a dose of both Swiss charm and Swiss cuisine.  With the exterior look of a Swiss Chalet and a warm welcoming interior, this restaurant embraces the area’s Swiss culture — including live polka music on Friday and Saturday nights.

Several annual festivals take place in New Glarus every year — some in celebration of their Swiss Heritage.

Here's just a sample of happenings.

But New Glarus isn’t all about the food and fun. For bikers, hikers and walkers of all ages and abilities, it’s also the starting point for the 23-mile long Sugar River Bike Trail. New Glarus Woods State Park is less than a mile away, and golfers don’t have to go far to enjoy 18 holes at Edelweiss Country Club. There are several local parks — as well as the Valle Tell Soccer Park.

And for those wanting to explore their heritage or learn more about the Swiss, be sure to check out the Swiss Historical Village, the Swiss Center of North America, the Chalet of Golden Fleece, and for music lovers listen to the tunes of Mannerchor, Jodlerklub and Kinderchor New Glarus.

New Glarus may be small, but what it lacks in size it more than makes up for.  This has been a friendly, welcoming and active community for 175 years and counting. Happy (Almost) Birthday, New Glarus! 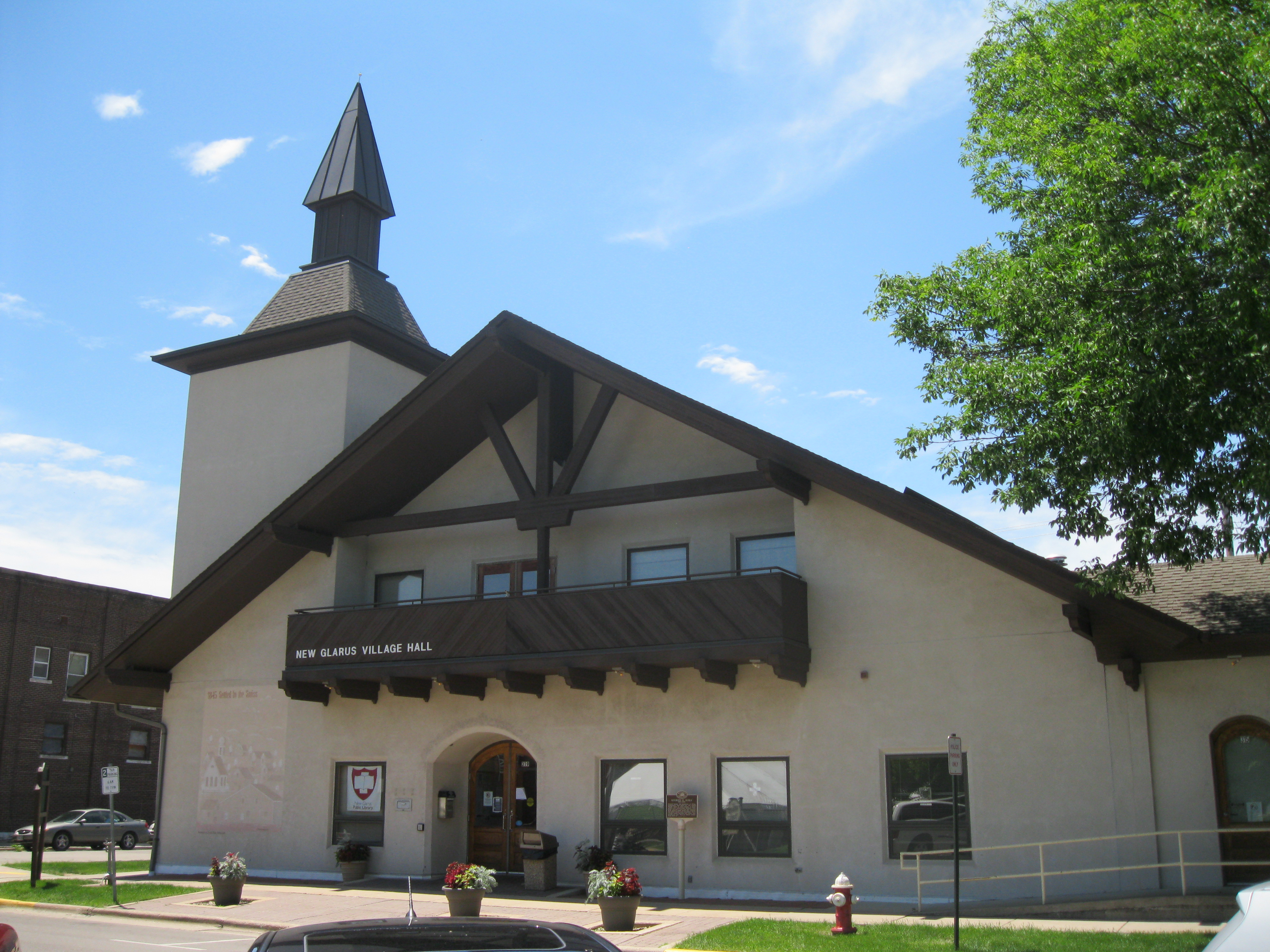 If you want a home in a small community, yet close enough to Madison to enjoy all the amenities of the Capital City, New Glarus might be the place for you.  With just under 2,200 residents, New Glarus has plenty of charm and offers a real sense of community to those that live here — all within a short drive of Madison.

Although there are less than 1,000 students throughout the New Glarus School system, the district is highly regarded.  There is one elementary school, one middle school and one high school.  In spite of its small size, the district is able to offer career-path classes such as Engineering, Biomedical Fields, and Computer Science, well as extracurricular options including Robotics Club, Cyberlearning Club, Science Club, Swimming, Hockey, Soccer, and Golf.

And education is definitely important in this community, with 30% of adults having at least a bachelor’s degree.  The per capita income in 2010, according to NeighborhoodScout.com was $30,411 (or $121,644 for a family of four).  Maybe that’s why home prices here are slightly above average for villages of this size, with a median home value of $161,700.  Residents are employed in a mix of white-collar and blue-collar jobs.

New Glarus’s celebration of its Swiss heritage attracts a good number of tourists and there is a nice mix of bars, restaurants and coffee shops here as well as hotels, guest houses, and bed and breakfasts, and several nearby camp sites.

Golfers will enjoy hitting the links at the 18-hole Edelweiss Country Club, and if your idea of the great outdoors leans more towards fishing, you’ll find good trout fishing at 10 creeks listed on the New Glarus website.  The nearby Sugar River also provides great opportunities for kayaking and canoeing and there’s plenty of options for hiking, biking and running on area trails.  Don’t have a bike?  That’s OK. You can rent one!

New Glarus parks include Candy Cane park with its playground, picnic tables, open spaces, sledding and snowboarding.  New Glarus Woods State Park offers those same amenities, plus nature trials and camping.  Valle Soccer Park has a playground and picnic tables and, of course, soccer fields for organized and impromptu soccer games.  Veteran’s Memorial Park is your best bet if you’re looking to add baseball, basketball or tennis to the mix.  There is also a park shelter there.  Village Park has a playground, shelter, and picnic tables along with basketball and volleyball courts. And this park is also home to the community pool.

For local book-lovers, you can stop by the New Glarus Public Library to select a book off the shelves — or pick up a title you’ve already requested through the Dane County Library System.

Quaint, convenient, and loaded with amenities, homebuyers and visitors alike are sure to discover a lot to see, do and experience in New Glarus. 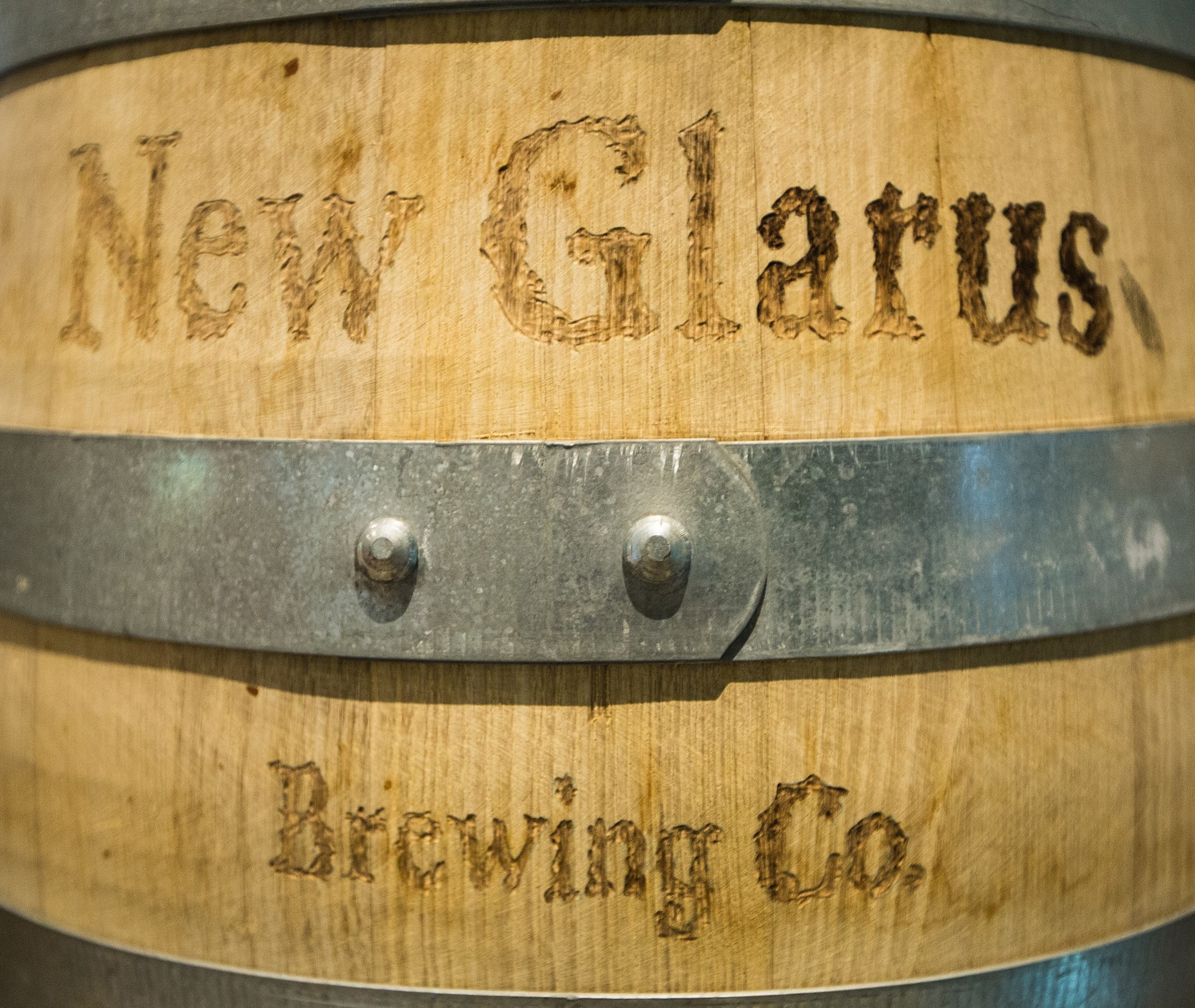 It’s not unusual for a city to be known for a major business or attraction located there. Orlando has Disney World and Seattle has Amazon, and, well, Starbucks, of course. Milwaukee has the Brewers — and New Glarus has New Glarus Brewing Co. The important thing to note is that in this case, the village and the company that bears its name have close ties — and are proud to be each other’s cheerleaders.

The third sentence in New Glarus Brewing’s website says, “The Brewery is just one of many unique businesses in New Glarus.” And it’s true. Obviously, people in Green County and southern Wisconsin have already heard about this quaint community with its strong Swiss heritage. A bit of a tourist destination, New Glarus might even be widely known throughout the state of Wisconsin — and certainly among those with Swiss ancestry. But it may be New Glarus Brewing Company that put the village on the radar of people (and especially craft beer enthusiasts) everywhere. 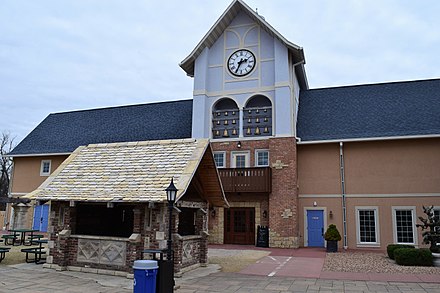 But really it all began with the cow. Originally, the ones that New Glarus natives, along with the rest of America’s DairyLand, see roaming the farmlands along the side of our roads and highways. But ultimately, of course, the one that made the Brewery and the village famous — the Spotted Cow that graces each bottle of that first New Glarus beer that bears that name.

So how did the brewery come to be built in this little village? According to the story, when founders Dan and Deborah Carey were looking for a site to establish their brewery, they drew a circle encompassing a 30-mile radius around Madison. Then they scouted it out — and found the perfect spot in a rural New Glarus location, complete with a vacant factory-warehouse. The rest, as they say, is history.

If you’re impressed with the popularity and ensuing growth of this brewery that was totally unknown just over 25 years ago, consider this. New Glarus Brewing Company sells their beers only in the state of Wisconsin. But word — and appreciation — of their beers is known nationwide. Maybe that’s the key to their continual demand.

And that’s part of what forms the strong bond between the brewery and the village. Wisconsinites and tourists alike not only enjoy Spotted Cow and many other popular New Glarus beers at bars and restaurants throughout the state, but many have also made the trip straight to where it all began — the New Glarus Brewing Company. A tour of the brewery, taste of the beers, and trip to the gift shop often ends in a visit to other local establishments.

And New Glarus Brewing has had a hand in that. Their website has a list of everything from lodging, food and drink, to shopping, services, special events and other things to do in the area. In short, they help to make the place they call home, a destination.

For their part, New Glarus lists the brewery prominently on their website among area things to do. You’ll find New Glarus beers on tap in the local bars and restaurants — and served at most area events where beer is served. It’s a match made in beer heaven.

If you live in New Glarus, you might take the town — and the brewery — for granted every now and then. But for everyone else, why not take the scenic drive to New Glarus? Here you can eat, shop and enjoy a cold hometown brew with an adorable cow on the label. What’s not to like?

Copyright 2021, South Central Wisconsin MLS Corporation. IDX information is provided exclusively for consumers’ personal, non-commercial use and that it may not be used for any purpose other than to identify prospective properties consumers may be interested in purchasing. This information, provided by seller, listing broker, and other parties, may not have been verified. All rights reserved.