█ Getting to Know ... Maple Bluff 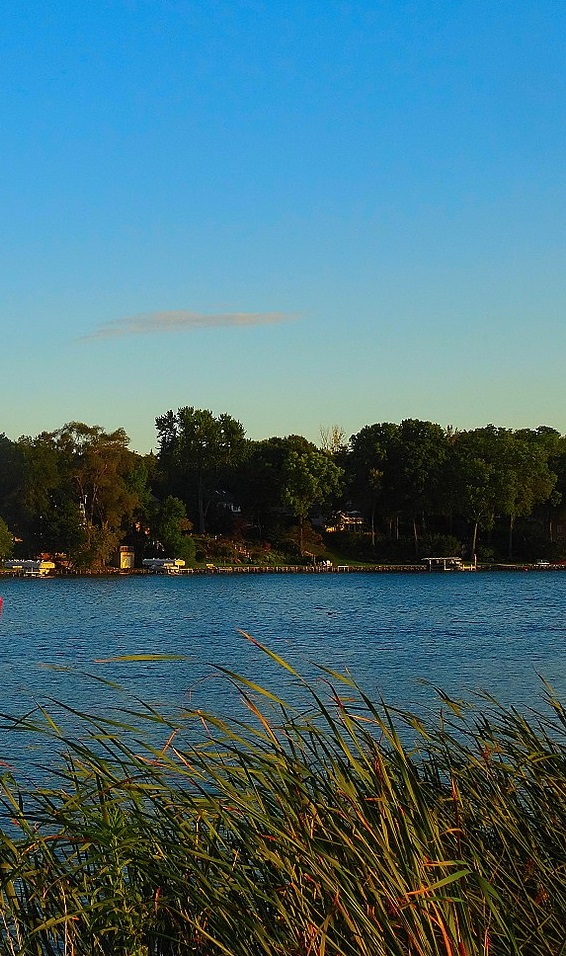 Most people that live in south-central Wisconsin have heard of Maple Bluff.  But what do you really know about it?  For starters, it’s home to the Governor’s Mansion, a well-known country club, and of course some beautiful homes along the Lake Mendota shoreline.  But as they say in the TV infomercials, “Wait! There’s more!”

The village of Maple Bluff is one of those rarities – a “suburb” bordered on three sides by the city of Madison, and the other by Lake Mendota.  With a population of 1,315, residents here will find a wide variety of amenities to enjoy.  Niche.com gives it a solid “A” for livability and ranks it #5 among Madison suburbs, with high marks for housing, public schools, safety and raising a family.  Even though it’s right in the middle of all the action Madison has to offer, Maple Bluff actually has a rural feel to it, with its spacious wooded lots, parks and lake views.

Looking to buy a house?  Whether it’s your first home, your dream home, or idyllic place to retire, Maple Bluff might be the place for you.  The median home value in Maple Bluff is just under $500,000.  An unusually large percentage (90%) of residents here own their own homes, but for those that rent, the monthly rent averages $1,417.

The median age of residents in Maple Bluff is 49.2, slightly older than the state average – possibly because when homebuyers decide to settle here, they tend stay for the long haul.  The average household income is just under $150,000.  Two-car households are the norm, and the average commute is around 19 minutes.

Just a short drive to the Dane County Regional Airport, Maple Bluff is a great location for those that travel frequently for business or leisure.  That could be why Niche.com ranks it the #15 best suburb for young professionals in Wisconsin — making it an appealing home for young homeowners as well as renters working at Verona’s Epic Systems.

There are several parks and other things to do right here — and of course Madison is a stone’s throw from the UW campus, the State Capitol, the Overture Center, Monona Terrace and Badger athletics.  There are several shopping malls and, of course, a multitude of bars and restaurants to suit every taste!

At this time of year, you’ll also find a lot of holiday events in the greater Madison area — ranging from craft sales to holiday performances to a variety of festivals.

And if you’re wondering how to celebrate the holidays without leaving Maple Bluff, you’re in luck.  The Annual Holiday Tree Lighting will takes place in early December at Johnson Park.  Santa will be around to meet area boys and girls. He’ll be the red-clad gentleman with the white beard riding in on a Village Fire Truck! Hot chocolate will be provided by the Fire Department and residents or visitors are encouraged to bring cookies to share. The event will close with the official lighting of the Holiday Tree.

For those that prefer an indoor – warmer — tree lighting, the Governor’s Mansion also hosts holiday tours.

And if you remember those days of piling into the family car to drive around admiring the local Christmas lights and decorations, well, Maple Bluff is the perfect place to do it!   Whether you live here or are just passing through, there’s a lot to like about Maple Bluff.  Happy Holidays!

█ The Perks of Maple Bluff

When you think of Maple Bluff what comes to mind?  The lake?  The Golf Club?  The stately homes perched on large wooded lots?  Or maybe the area’s rich history. Whether it’s one of those things, all of them, or none, most people can agree that there’s a lot to like about Maple Bluff.

Maple Bluff residents know how to have fun – and they enjoy doing it with their neighbors and friends.  That’s why the village has several organized community events throughout the year.  These include Fest of the Fourth ( of July, of course), a Bocce Ball Fundraiser, Concerts in the Park, Fall Festival and Winterfest.

For book lovers and book club participants of all ages, there are two nearby libraries – Hawthorne Library on East Washington Avenue and Lakeview Library on North Sherman.

If you’d rather be outside, you’ll be happy to know that Maple Bluff has 6 parks, all with their own personalities.

Here’s a look at what each park has to offer:

For more organized outdoor activities, you can’t beat Maple Bluff Golf Club.  MBCC is a private 18-hole golf course with club house and swimming pool.  The course is fun for the whole family, from junior golfers to adults.  The swimming pool welcomes families for open swim and is the home of the Maple Bluff Swim Team – part of the All City Swimming league.  Meet up with friends for tennis on the club’s courts or enjoy lunch, dinner or a special event in the club house.

For those that like watching sports more than playing them, Maple Bluff is not far from Badger football, basketball, hockey, and volleyball at Camp Randall, the Kohl Center, and the UW Field House.  Or cheer on the Madison Mallard’s baseball team at Warner Park — or the new Madison Flamingos Soccer team at nearby Breese Stevens Field.

Maple Bluff may not be the shopping capital of the world, but its close proximity to the Madison malls, Capitol Square, State Street and nearby suburbs, make shopping both convenient and fun!

Its central location allows for easy access to downtown Madison and the north side — but a quick hop onto the highway or beltline will get residents anywhere they want to go quickly.  And an added bonus?  The Dane County Regional Airport is just 10 minutes away.

While restaurants are not plentiful within the actual city limits, there are many bars and restaurants within easy access — including those on Sherman, E. Washington, downtown, Williamson, the East Towne area and beyond.

Maple Bluff is widely known as an upscale suburb of older homes, surrounded by wooded lots and lake views.  It would be no surprise if residents were content staying close to home.  But with the rest of the greater Madison area just a stone’s throw away, well, there’s no reason that you’d have to!

█ The History of Maple Bluff 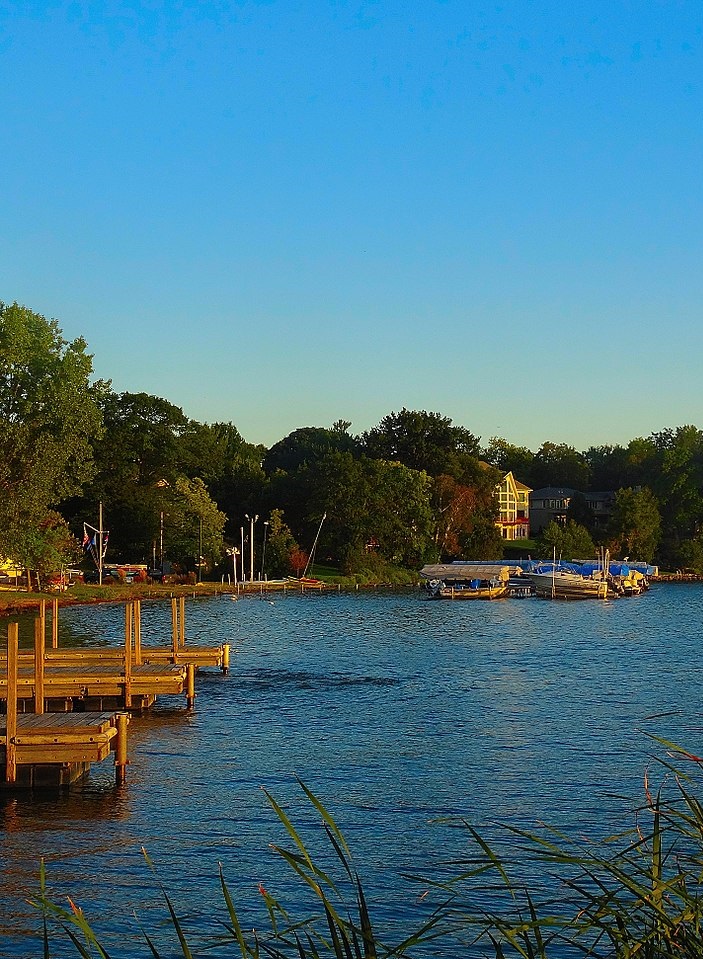 You don’t have to be a history buff to appreciate the rich history behind the Madison suburb of Maple Bluff.  Native Americans from the Winnebago Tribe were the first to settle in the Madison area and Maple Bluff was no exception.  As pioneers continued to move west to Wisconsin, they too were naturally attracted to the lakes and trees of the region.  And the rest is history.

Wisconsin became a state in 1848 and development of the village began in 1849, when some of the area’s business leaders targeted a stretch of farmland along the shores of Lake Mendota as a community to call their own.

The first permanent residence belonged to James and Mary McBride.  An Irish immigrant, McBride bought 500 acres of land along the lake and built a red brick Italianate style home.  It changed hands a couple of times over the next half-century before it was eventually purchased by Robert M. LaFollette (and is still known as the Lafollette House today).

You’ll find no cookie cutter homes in Maple Bluff.  In fact, the varied architectural styles are one of the main attractions for residents here.  Since its less-than-humble beginnings, 5 developments have emerged within the village.

They’re known, by date, as:

The very first homes were built on Cambridge Rd. by some of the city’s best architects.

Styles range from that early Italianate to include Prairie School, Georgian Revival, French Eclectic, Early Colonial, Mediterranean Revival, and Tudor among others.

Two of the draws of this area, of course, are obvious – close proximity to the state capitol and the spectacular lakefront views!  And those features are as desirable today as they were back when Maple Bluff got its start. 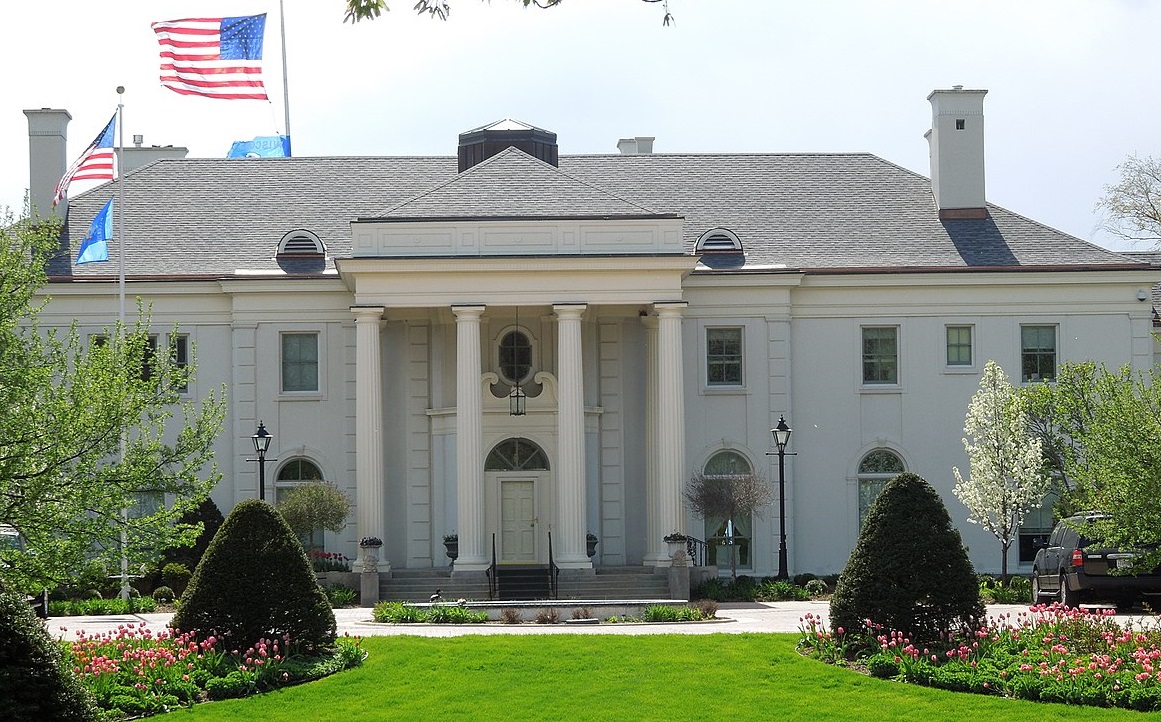 The Governor’s Mansion or Executive Residence, as it is now most-commonly known, was once referred to as simply the Carl and Bertha Johnson House.  Architect Frank Reilly began construction on the 23,000 square-foot home on a 3.7 acre lot (with 344 feet of lake frontage) in 1921.  The private residence was completed 6 years later in 1927.

In 1906, one of the early homeowners, Samuel Marshall, sold part of his land to Maple Bluff Golf Club, the first golf club in this area.  Established several years earlier in 1899, it only had 5 holes until a 40-acre addition was added in 1900.  In 1901 the original club house was built, but when a tornado literally raised the roof in 1921, it was replaced by the current club house (which, of course, has seen several renovations since then.)

The village of Maple Bluff was officially incorporated in 1931, and when the financial effects of the Depression began to improve, real estate prices remained low — resulting in a boom in real estate development and home sales in the area.

A popular place to live since its inception, it’s rarely hard to find a buyer for the homes in Maple Bluff today.  On the other hand, many houses are still owned by 3rd and 4th generation family members of the original owners.  Maple Bluff’s central location, coupled with the natural beauty of the area, has made this a popular place to live — for young and old alike.